The film opens with a promise for new adventures in LEGO Dimensions, which is then followed by images of the box art for the fake Wave 10 packs. Once the slideshow reaches the Johnny Thunder Story Pack, the logo fades to a promotional painting touting the imminent release of the packs. The trailer concludes with a promise for a full trailer at E3 2017.

After the trailer ends, director Theodore Taylor congratulates the crew on executing an excellent prank that everyone is sure to believe. Just then, he notices that a camera is still rolling and subsequently berates the cameraman for ruining the joke. The film ends with a declaration that the audience was duped into an April Fool's joke.

The idea for this joke started after the real Year 2 for LEGO Dimensions was announced, as Andrew Bermudez was not happy with his 2016 joke. As Year 2 made the possibilities for the game seem limitless, he one day jokingly wondered what his films would look like in the game. Taking advantage of these two trains of thought, the idea was born.

After brainstorming for a month, work began in August of 2016, which included making the box art, painting the promotional image, writing the fake press release, and more. Originally, the trailer was actually going to be fully animated, but had to be cut down to just the soundstage when work was refocused towards Pharaoh's Quest: The Curse of Amset-Ra.

Despite all of the work that had to be done, the joke was completed and ready to go in February 2017, two months before it was set to go online. To take advantage of the extra time, a new form of mouth animation was tested in the footage and proved to be so successful, it was integrated into the final trailer.

The joke debuted on April 1, 2017 to astoundingly positive reviews. While no one fell for the joke, everyone loved its presentation, from the trailer to the box art and the painting. Even real-life Mesonak gave praise to his Dimensions counterpart. The positive reception to the advances in technology presented in the joke are certain to influence future Mustache Maniacs Film Co. movies. 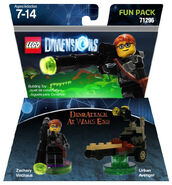 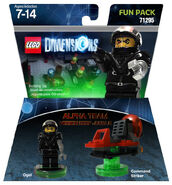 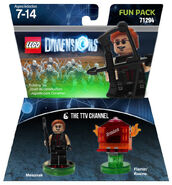 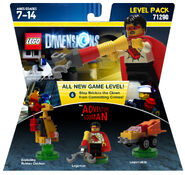 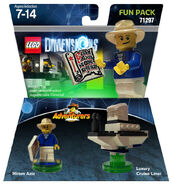 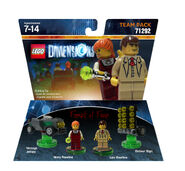 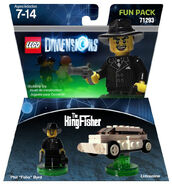 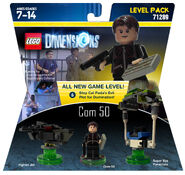 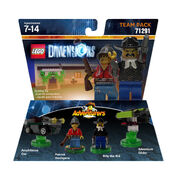 Retrieved from "https://mustache-maniacs-film-co.fandom.com/wiki/Mustache_Maniacs_Film_Co._is_Coming_to_LEGO_Dimensions!?oldid=7313"
Community content is available under CC-BY-SA unless otherwise noted.