Pharaoh's Quest: The Curse of Amset-Ra is an animated film and Mustache Maniacs Film Co.'s first foray into animated historical fiction. It is the fifth film in Project U and is based on LEGO's Pharaoh's Quest building sets.

Pharaoh's Quest: The Curse of Amset-Ra

The film opens in Ancient Egypt, where Professor Archibald Hale narrates the events. In 2900 B.C.E., Amset-Ra ruled Egypt with an iron fist, greedily grabbing everything that his subjects possessed, including all of Egypt's treasures. Wanting more, he instructed his sorcerers to make him six treasures that would allow him to rule the world. But before he could use them, the peasants raided his palace, captured the pharaoh, and locked him into his pyramid with his most loyal guards and treasure. The six treasures were scattered throughout Egypt, but a spell was placed on Amset-Ra, reawakening him millennia later.

A newsreel summarizes World War 1 before the Battle of Beersheba begins. Among the troops are Jake Raines and Mac McCloud, who are ordered to secure the wells in the city. They race into a courtyard, but are ambushed, so they take cover inside the well, Inside, they discover an Ancient Egyptian scarab shrine, where Mac discovers the Golden Crystal. Before they can escape, however, a giant scarab statue comes to life, attacking them, they escape and blow up the scarab.

Once they emerge from the well, Jake and Mac discover that the attack has resulted in a victory. Jake mentions that their discovery has inspired him to seek out lost treasure, which in the following years, turns Jake Raines into a living legend.

The year is now 1924. Archibald Hale has called to meet with Jake Raines, who meets him at the Barrel Bar in the Windsor Officer's Club. There, he explains to Jake that he has uncovered a prophecy that foretells the return of Amset-Ra and that, according to his calculations, he will be returning a week from next Tuesday. Jake doesn't believe Archibald at first, but Archibald wins him over by explaining what happened in the Beersheba well in detail, as well as the fact that Jake lucky crystal is one of the six treasures needed to stop Amset-Ra. Jake agrees to help as long as he brings along Mac and another adventuring pal, Helena Skvalling, and Archibald gives Jake the location of his camp.

The following day, Jake meets everyone at Archibald's tent, where Archibald discusses what needs to be done to stop Amset-Ra. After debating with Jake over the whether or not to leave the Golden Crystal at camp, Jake laments and allows Archibald to lock it inside of a drawer. They split up, with Helena and Archibald going to the Cobra Shrine, and Jake and Mac going to a Jackal Shrine. At the Jackal Shrine, Jake and Mac are pursued by mummies, but discover that the Golden Staff is missing. Jake discovers that the Jackal Shrine is actually an entrance to a cave, and the two dive inside. Inside, Mac defeats a mummy and grabs the Golden Staff.

At the Cobra Shrine, Archibald and Helena approach the shrine, only to find out that the Golden Scarab Shield is out of reach. A mummy enchants the Cobra Statue, bringing it to life and causing it to attack the pair. Their jeep is destroyed as Helena and Archibald race to outmaneuver the cobra, but figure out that its attacks are slowly crumbling the statue. Tricking the statue to bash its head into the shrine, Helena is able to destroy the mummy, the cobra statue, and the shrine. She recovers the Golden Scarab Shield and a camel wanders in, allowing them to get back to camp.

After a night's rest, Archibald informs them the next morning that he misread the map, and that Amset-Ra will be rising that evening. They decide to split up again, with Jake and Mac travelling to an obelisk and Helena and Archibald going to a jackal-headed sphinx. However, as Jake and Mac rev up their bi-plane and take off, Archibald mentions that someone recently spotted flying mummies. Jake dismisses the claims, but they are soon attacked by flying mummies, which are after the Soul Diamond. After making some evasive maneuvers, Jake destroys the obelisk, driving the flying mummies off. After recovering the Soul Diamond from the rubble, Jake rebuilds the wreckage of the plane into a sailboard, using it to sail through a sandstorm.

Unable to see where they are going, the pair crashes into the sphinx. Archibald and Helena arrive and begin to excavate the hiding place of the Golden Sword. They quickly recover it, but this awakens the sphinx, which attacks the sailboard. Mac gets everyone into Archibald's hot rod and races of, the sphinx in pursuit. They ultimately defeat the sphinx by quickly racing over quicksand, which the heavy statue sinks into. With all of the treasures in their possession, they return to Archibald's camp.

When they do return, however, they discover that the camp has been destroyed and that the mummies have taken the treasures that were present. They all plan to head to the Scorpion Pyramid, with Helena staying behind to guard the Golden Sword and the Soul Diamond. As the three leave in the half-track, Helena is captured by a mummy.

As the half-track pulls up to the Scorpion Pyramid, a flying mummy swoops in and grabs Mac, carrying him into the pyramid. The remaining two face off against a giant scorpion statue perched on the pyramid, which Jake manages to blow up with a stick of dynamite.

Inside the pyramid, as the pair makes their way through the chambers, Archibald and Jake discover that Amset-Ra's authority was given to him by a space alien named Hypaxxus-8, who will return at Amset-Ra's signal to help him regain his control. Other wall carvings predict future events, which confuses Archibald Hale. However, the sound of Mac's voice draws Jake further into the pyramid.

Inside the burial chamber, Mac and Helena are being held against one wall, while mummies use the treasures plugged into an alien generator to reawaken Amset-Ra. He immediately attacks the pair with the generator, but they are able to outwit him. Jake manages to grab the Golden Sword, which he uses to free Mac and Helena. They all engage the mummies, which are quickly defeated. Amset-Ra, unwilling to admit defeat, sends his remaining mummies to reclaim the treasures, but they too are defeated. Using the treasures, Jake and his entourage force Amset-Ra back into his sarcophagus, the only thing that will hold him, and use the treasures to put him back to sleep. The four breathe a sigh of relief.

In the present day, Dr. Hiram Aziz pays a visit to the Amset-Ra exhibit at the Egyptian Museum, where he is interrupted by a phone call. While he is on the phone, Amset-Ra and the mummies in the room come back to life. It looks like the end for Hiram, but before Amset-Ra can strike him down, Amset-Ra and his mummies suddenly fall back to sleep, confusing Hiram.

The idea of creating a film based on the Pharaoh's Quest LEGO sets is almost as old as the LEGO theme itself. However, since interactive adventures were being heavily explored at this time (a development that would eventually lead to both The Lost Ruby: An Interactive Adventure and Shady Acres Super Sleuth), the original version of the film was actually going to be a game, where players could explore the environment and fight Amset-Ra and his mummy army. However, as the technology to match the vision had not yet been fully explored, coupled with a eventual disdain for the concept, the game idea was scrapped by Summer 2011.

However, in a 2012 survey, fan response showed that people were very interested in a Pharaoh's Quest-based film, with that theme out-performing all of the other themes in the survey. Because of this, work on writing a more traditional film adaption started in Fall 2012, most of which used the original script file for the interactive version. While this did cause some writing problems, since all of the information about player interactivity had to be written out, the first draft of the script was finished early in 2013.

Filming itself wouldn't start until April 8, 2016, mostly due to complications with finishing production for Alpha Team: Mission Deep Jungle, but the script did see one major change just before then. Most people mistakenly think that Johnny Thunder and the Secret of Marco Polo takes place in the 1930's when it actually takes place in the present day (as in 2008), and have subsequently accused the film of not accurately representing a time period in which the film doesn't actually take place. To strongly clarify this and also to accurately represent 1924, the script for this film was rewritten again to make it as historically accurate to 1917 Beersheba and 1924 Egypt as possible. This consisted of script re-writes, extensive research, and accurately-built models. Even the poster was designed to evoke 1920's travel posters.

However, as development lagged in the fall of 2017, the release date, which was set for December 22, 2017, had to be pushed back in order to maintain quality control for the film. The film's release was moved to Memorial Day Weekend 2018, then to July 27 before finally moving to November 9, 2018, just two days before the 100th anniversary of the end of World War 1. It was delayed again to an undetermined date.

Meanwhile, on January 5, 2019, bricksinmotion.com hosted THAC XVI, which was planned as another release time for a new Mustache Maniacs Film Co. movie. The film that was created for it, The Bartender's Tale, was cancelled after falling behind schedule, but as it reused sets and events from this film, it was announced the next day that The Bartender's Tale would become part of Pharaoh's Quest: The Curse of Amset-Ra and that this film would be released in the summer of 2019. After the re-release of Johnny Thunder and the Wisdom of the Ancients on March 29, 2019, it was announced that this film would be released on August 9, 2019.

However, as that day approached, it became clear that the film would not be done on time. Originally, the film was going to be released in two parts, with part 2 coming in late 2019, but as the post-production process began to linger due to technical issues, the film was eventually delayed to an unannounced date later in 2019. The film's poster was likewise updated to simply read "coming soon" in place of an actual release date.

In March 2020, amidst the Covid-19 pandemic, this film finally finished nearly four years of production, with this film's production phase concluding also signalling the beginning of production for A Future in the Past, which shares some of this film's sets. Then, after editing (which had been on-going during production) was finished, it was formally announced on April 1, 2020 that this film would finally be released on April 17, 2020. During the weeks leading up to this date, Dylan Johnson composed the film's score.

The film has received praise for its interpretation of the LEGO theme that it is based upon, as well as being finally released after several delays. In addition, this film has become a source of new fans for Mustache Maniacs Film Co., who have boosted this film's ratings long after its release.

In response to this, a sequel titled Pharaoh's Quest: Tyrant of the Chaco (which is not part of Project U) was green-lit the day after this film was released. That film was formally announced on February 1, 2021 and is expected to be released in 2027.

Pharaoh's Quest: The Curse of Amset-Ra contains examples of the following tropes. 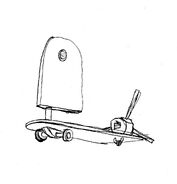 Retrieved from "https://mustache-maniacs-film-co.fandom.com/wiki/Pharaoh%27s_Quest:_The_Curse_of_Amset-Ra?oldid=8286"
Community content is available under CC-BY-SA unless otherwise noted.